2022 Pennsylvania Derby at a Glance 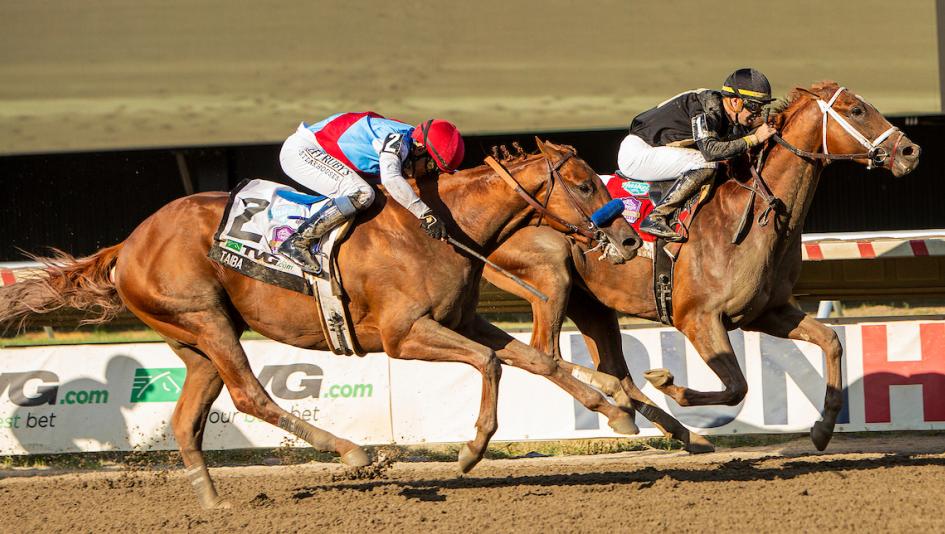 If you liked the TVG.com Haskell Stakes, then you should love the Pennsylvania Derby. Taiba and Cyberknife, who staged a thrilling stretch duel in the Haskell, will meet again Saturday at Parx in a showdown staged in a deeper and stronger field.

While Taiba and Cyberknife are the morning-line favorites, the presence of threats such as Zandon, Tawny Port, White Abarrio, Skippylongstocking, Simplification, and We the People should add some spice and create a rather exciting race to watch and an attractive betting race with plenty of options for the exotics.

1. Zandon (5-1): He’s never been out of the money and figures to be a main threat here, especially with the prospect of a ground-saving trip. The 1 1/8-mile distance should be prefect for him. It’s been a long campaign for him, but if turns in one of his best efforts, he will be a major force in this field.

2. Icy Storm (30-1): A local hopeful but given that he raced in a $12,500 claimer three starts ago and was beaten by more than five lengths last time out in an allowance race, he will need some extremely high hopes to be a factor here.

3. B Dawk (20-1): He broke his maiden like a monster back in April but has yet to return to the lofty speed figure he achieved that day. Hard to like his chances considering he has never raced beyond 1 1/16 miles.

4. Skippylongstocking (10-1): He posted a breakthrough win last time out in the West Virginia Derby. If he can duplicate that effort, he can make his presence felt, but this is a much better field, and he has yet to show he can win at this level.

5. Cyberknife (3-1): He was a game winner of the Haskell by a head then turned in another solid effort in finishing second to division leader Epicenter in the Runhappy Travers Stakes. He’s in career-best form, but this will be his fifth race since the Kentucky Derby on the first Saturday in May and it will be interesting to see if he can continue to take a step forward.

6. We the People (12-1): The safest bet will be that this colt will be the early pacesetter. A lopsided winner of the Peter Pan Stakes in mid-May, he led from the start in the West Virginia Derby but settled for second behind Skippylongstocking. If allowed to control pace, he could be very tough to reel in.

7. Tawny Port (6-1): Took on Epicenter in the Jim Dandy Stakes and was competitive, finishing third, a half-length behind Zandon. Skipping the Travers to point for this race looks like a wise move by trainer Brad Cox and he cannot be overlooked in this spot.

8. Taiba (5-2): He rebounded from a weak try in the Kentucky Derby with a powerful effort in the Haskell when he shifted wide in the stretch and just missed. He hasn’t raced since then and recent workouts for trainer Bob Baffert say he’s razor-sharp heading into his rematch with Cyberknife, explaining why he’s the morning-line favorite.

9. Simplification (10-1): It’s pretty simple. He won the Fasig-Tipton Fountain of Youth Stakes in early March and is winless since then. He’s competitive enough to land in the exotics but he will need to take a big step forward to be in the win photo.

10. Naval Aviator (20-1): Another ex-claimer, he had some trouble when second in an allowance race at Saratoga. This will be his stakes debut and he’s picked a rather tough spot to take such a big step up in company.

11. White Abarrio (8-1): He flopped miserably in the Haskell, losing by more than 34 lengths. He was given some time off and is working nicely, but he’s yet to duplicate his form from when he won the Curlin Florida Derby Presented by Hill ‘n’ Dale Farms at Xalapa. Breaking from the outside post, it’s unlikely he will perk up enough to beat this field.